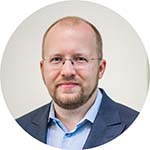 Piotr holds Ph.D. diploma in economics in the discipline of management.

His doctoral dissertation was devoted to the perception of the benefits of work.

He finished postgraduate studies in: Research Project Management (CUE), Social and Marketing Research (WSE Kraków) and Practical Social Psychology (SWPS Warsaw). For 14 years he has been involved in business consulting within the Sedlak & Sedlak company (www.sedlak.pl) as a Managing Partner and Project Manager. For 5 years he has been developing the platform badaniahr.pl allowing companies to measure emploees’ satisfaction and engagement.

At the same time, since 2008, a researcher at the Department of International Management at the Cracow University of Economics. Author of many scientific publications. Certified Project Manager (IPMA, IPMA R&D, PRINCE2, Agile PM). Member of the Polish Society of Market and Opinion Researchers and World at Work.

Repeatedly awarded by His Magnificence Rector of the Cracow University of Economics for achievements in the field of science. Doctoral dissertation awarded with honors.

From 2011 until now - the organizer of a series of international conferences for Polish professors of Management Sciences. These events took place, among others in Spain, Russia, Kazakhstan and South Africa.

Author of over 35 scientific publications, including prestigious journals such as the American Journal of Labor Research and Current Psychology. He promises himself to write more and score more points, However he is a father of two children. 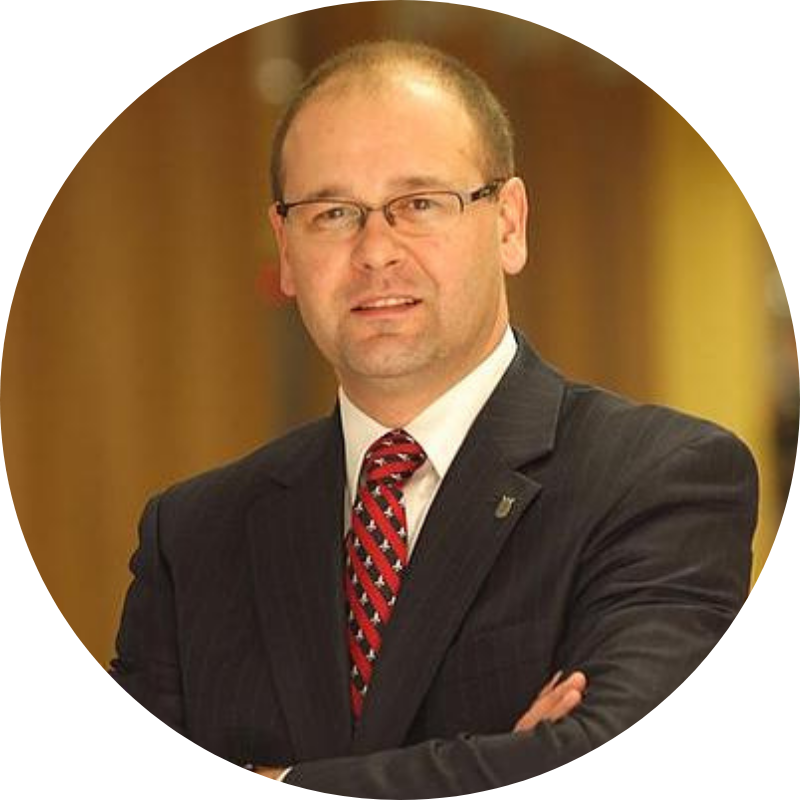 He has experience related to participation in the supervisory authority of commercial companies. Lately in:

Awarded with the prestigious title of Polish Congresses Ambassador for his achievements in the area of promoting Poland and Cracow as a venue for international congresses and conferences (2010). Thus he joined the group of 100 people in Poland who promote and popularize the knowledge of our country’s assets in their international environments, and by doing so help to determine the choice of Poland as the venue for international events. The Program of Polish Congresses Ambassadors is realized jointly by the Polish Tourist Organization and a non-governmental organization – Polish Conference and Congress Association in Poland.

Author or co-author of over 131 scientific publications, research works and implementation projects, as well as 42 press publications and expert opinions. The above mentioned scientific publications concern the scope of organization and management, particularly: risk management, internal audit, corporate governance, management strategy, logistic audit, and management of enterprises with increased risk. Author of many analyzes and publications in the field of economic consulting for enterprises and the public sector. Expert evaluations and studies was concerned mainly on issues in the areas of the scope of restructuring, including in particular employment rationalization, restructuring of remuneration systems, designing and modeling organizational structures, modeling management processes, analysis of the system of organizing and managing work processes, work valuation, analysis of the system of organization and management from the point of view of information and document flow and the degree of organization formality. These expert evaluations were prepared mainly to satisfy the needs of the energy and chemical sectors, for enterprises in light and food industries as well as for institutions in the public sector. He has a PRINCE 2 project management certificate.

Author of a book titled Risk Management System in an Enterprise as an Element of Corporate Governance, published in 2015 by Jagiellonian University Press in Cracow. Reviewer of national, foreign habilitation and doctoral dissertations, chairman and reviewer of applications from the OPUS program for the National Science Center. Since 2018 Senior Research Professor in the Department of Business Management, College of Business and Economics, University of Johannesburg (RSA). In 2018 appointed by the Minister of Science and Higher Education as a member of the interdisciplinary team for applications’ assessment for the award of outstanding scientific or scientifically technical achievements. Since 2019 member of the Chapter of the Polish Economic Exhibition (Kapituła Polskiej Wystawy Gospodarczej) 2019–2020 at the Chancellery of the President of the Republic of Poland. Participant of projects implemented by the Marshal's Office of the Małopolska Region, e.g. „Małopolska Chmura Edukacyjna”, „Broker Innowacji”. Member of the Stanisław Wyspiański’s Chapter awarding prizes for talented youth between age 18–26.

In recognition of his merits in the development of international cooperation, he was awarded the title of Honorary Ambassador of the Economic Academy in Chi?inău (2009) and he was honored with a medal of Academy of Sciences of Moldova (2016). He was also awarded medals of the Lviv Institute of Banking at the University of Banking of the National Bank of Ukraine for his long-term scientific and didactic cooperation (2010, 2011, 2013). In the year 2011 honored with an award from St. Gallen Business School of Switzerland for his long-term didactic-research cooperation in the field of MBA programs organization.